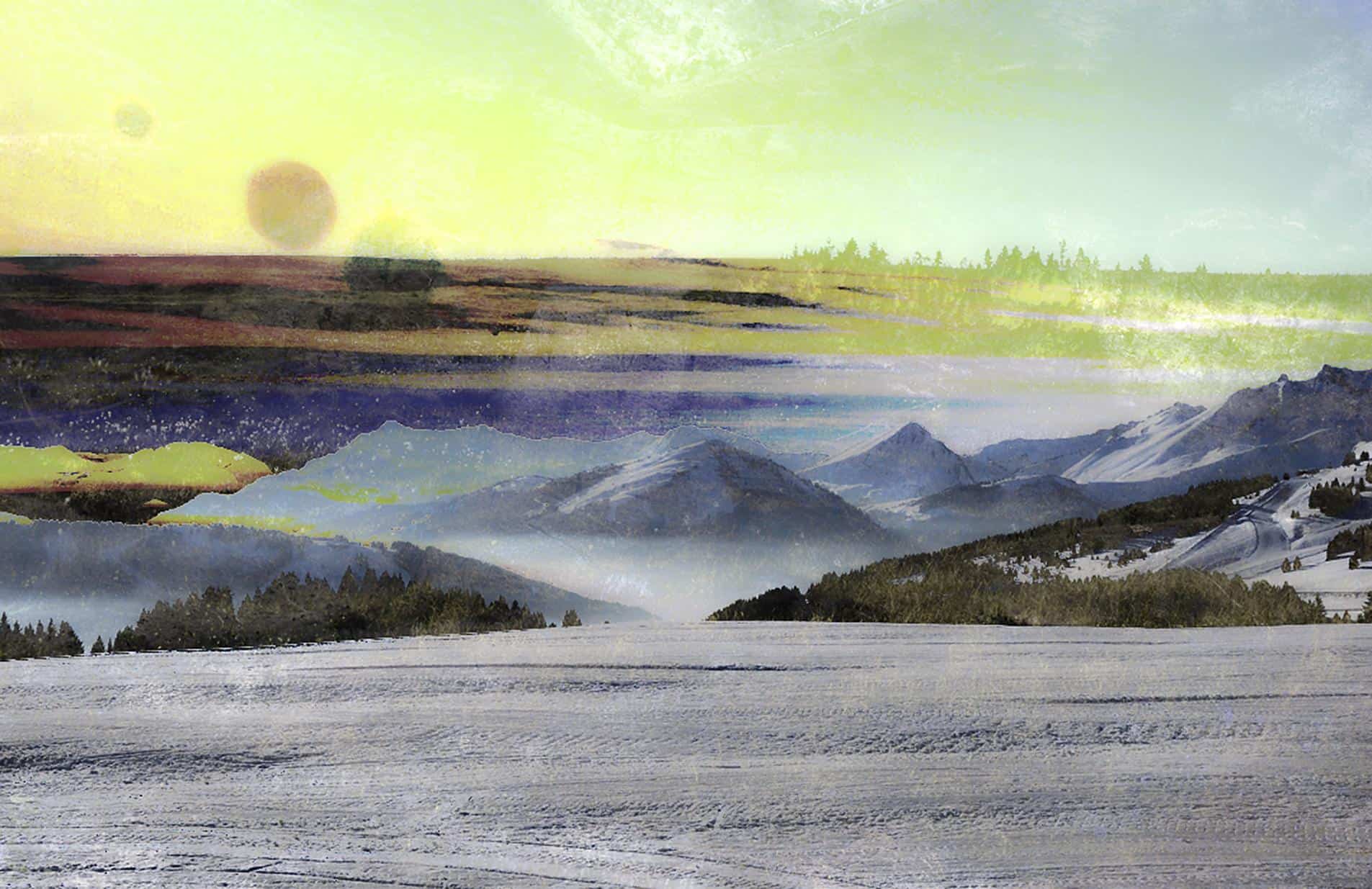 HDL is a 3-channel video installation of constantly changing, surreal landscape imagery. Politzer culled the images from Flickr using targeted searches for specific tags plus the word “landscape.” For the Artspace Project Room installation, each channel is divided thematically based on those tags. The left channel is comprised of searches for “harsh,” “rugged” or “barren,” the middle channel “tallest,” “biggest” and “highest,” and the right channel “sublime,” “heavenly” and “inspiring.”

David Politzer (ab)uses the HDR (High Dynamic Range) function in Photoshop to create composite images from several of the appropriated Flickr images, which he selects at random. Typically the HDR function is used to combine several images of the same scene taken from the same vantage point to make an enhanced, single photograph with an extremely wide tonal range. Rather, he creates a hybrid of 3-5 images of different scenes. The results are psychedelic compositions of saturated color that have multiple horizon lines and light sources. The status of each image changes from an authentic index to a fabricated digital artifact.

By misusing software, Politzer pushes the images beyond their intentions for realism, nostalgia, memory. These over-worked, conglomerate mashups resist the preciousness of an individual image, but create a new sense of romance for a fantastical place. The project also negotiates the impossibility of there being a simple one to one relationship between an image (sign) and a word (signifier). This realization suggests that imperfect fitting, choice and multiplicity are at the heart of what makes possible the notion of democracy. For Artspace, Politzer has also created a new accompanying soundscape, similarly culled using his same trademark internet search techniques.

For their debut at Artspace, Politzer has decided to install the videos above eye-level to suggest their position as stained glass windows inside of a cathedral. Their position up high in a darkened room encourages the viewer to enter more slowly, wait for his/her eyes to adjust to the light, and be open to the calm. The atypical shape of the rounded screens adds to their feeling as historic architectural elements or objects—emulating the frames of turn of the century illustrations, photographs and stereograms.