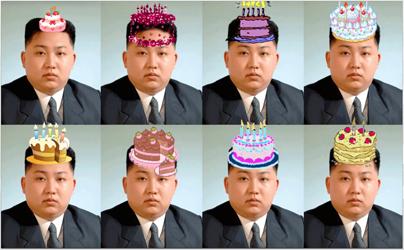 Political Satire in Portraiture and Landscape

This group show was organized and juried by Artspace curators Sarah Fritchey and Martha Willette Lewis in solidarity with Charlie Hebdo, the free press world-wide, and those who work to keep the tradition of political satire alive In New Haven.

The selected works use satire to wage humorous and critical commentaries on current world powers, political trends, and personalities. Through satire, the artists push the viewer to reinterpret and/or misinterpret familiar agents of power.  They take on a range of subjects and issues specific to US public policy: including the debate over women serving on front-line combat positions, the lingering effects of George W. Bush’s presidency, our detached relationship to drone warfare, and dictatorships such as that of North Korean leader Kim Jong-un, among others.

Over the past decade, aggressions against our fundamental right to free speech and self-expression have become increasingly overt and waged from all sides.  Most recently, on January 8, 2015, religious extremists killed twelve French artists and journalists in their offices.  On November 24, 2014, hackers, allegedly at the behest of a hostile foreign government, broke into Sony’s computer networks, leaking thousands of documents with the intent to shut down a Hollywood movie. During the 2014 winter Olympic, Cossacks in Sochi beat the feminist artist collective Pussy Riot while the world watched on live television.  And the attacks continue.  This exhibition visually responds to such bullying, and firmly reinforces our conviction that the pencil is mightier than any weapon, and we will not be silenced.