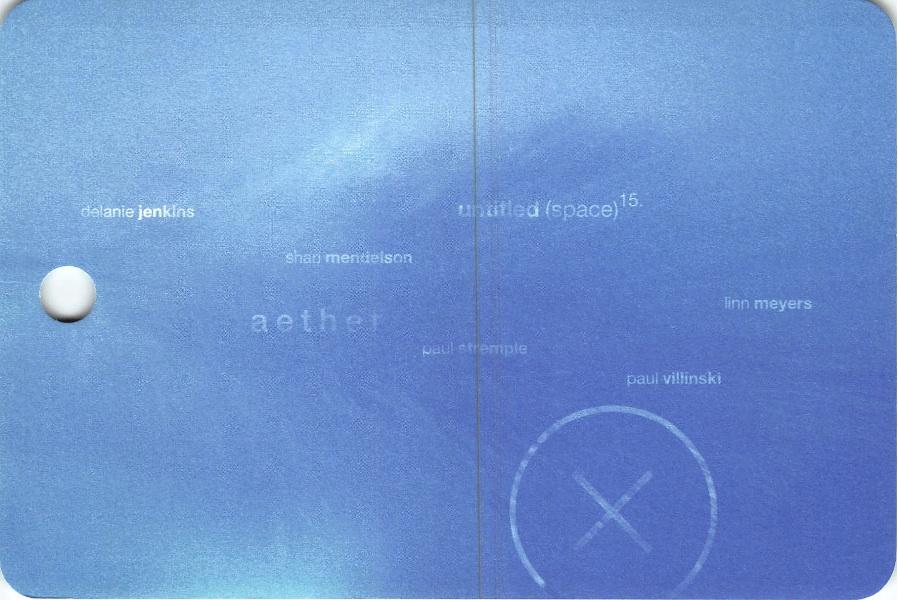 Aether, a medium supposed by the ancients to fill the upper regions of space, was known to medieval alchemists as the fifth element. Present in the heavens and sky, the Aether was described as invisible, weightless, and intangible. Located at the outer reaches between the known and unknown, the seen and unseen, the Aether represented a tenuous boundary where the finite opened to the infinite. Confronting the slippery territory that this metaphor of passage implies, the artist-curator Linn Meyers brought together a group of artists for an exhibition at untitled (space): Aether.

The artists participating in Aether deployed various materials and formal strategies to embody or suggest this ineffable element. Each artist attempted to make manifest a perceptual crossing over, from the body’s sensing to the sensed. A “lightness of being” was invoked: not the experience of being bodiless, but an ethereal, spectral body, the body as a passage from one state to another.